Protect yourself and your business

Our experienced team will install, maintain and service your fire safety systems to ensure your business or organisation is fully protected at all times. 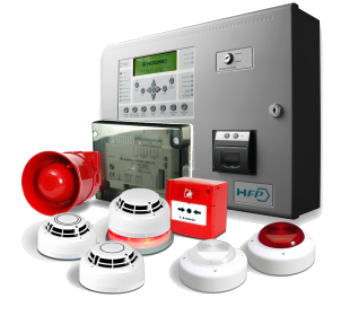 Fire alarms are primarily used to provide early warning of fire and alert those inside a building to danger, thus improving their chances of staying safe. As a secondary function, they help prevent damage to a property and its contents.

For any building, commercial or residential, it’s essential to ensure the fire alarm system is always fully functional by testing and maintaining it regularly. Our team of trained fire alarm engineers design, install, commission and service all types of fire alarm systems to suit all requirements in accordance with the I.S 3218: 2013.

Emergency lighting is used in the event of an emergency if the regular source of lighting fails. The main purpose is to ensure people can find their way to safety quickly. Powered independently, our emergency lighting systems are carefully designed, installed, and tested in accordance with I.S. 3217: 2013.

This system will contain a fire in any enclosed space where equipment is working unsupervised 24/7. Examples include Server Rooms, Control Panels, Electrical Distribution Panels, Electrical Generators, and Vehicle Engine Compartments. It is widely used by London Bus to safeguard the engine compartments against combustion.

The risk of a fire is very real in today’s hot-running and overcrowded server racks and closets. A minor server fire can cost a company tens of thousands in lost revenues and productivity; a catastrophic server fire can bankrupt a business. Statistics show that half of all businesses that lose their data from a fire or other disaster file for bankruptcy almost immediately; and more than 90 percent of companies that lose their data for 10 days or more close their doors within one year.
The patented red FIRETRACE heat sensitive tubing which is pressurised with 3M Novec 1230 is routed over each of the components within the server or telecommunications cabinet so that in the event of fire, the tubing ruptures at the precise location of the fire, discharging the full contents of the system directly onto the source.

One of the main advantages of the ‘Firetrace’ system is that since it is installed within the server cabinet itself, it offers a far quicker response time in comparison to conventional sprinkler operated flooding systems where the fire would need to be at a much more advanced stage before it was detected.Using Firetrace, a fire is typically detected and extinguished in less than ten seconds, limiting damage to expensive computer equipment and potential loss of invaluable data to an absolute minimum. 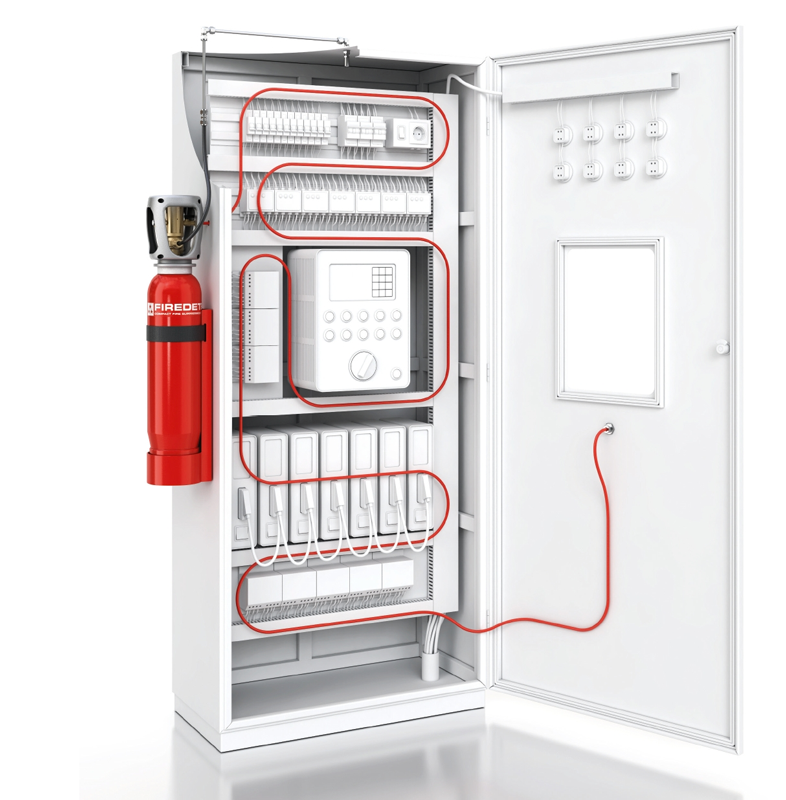 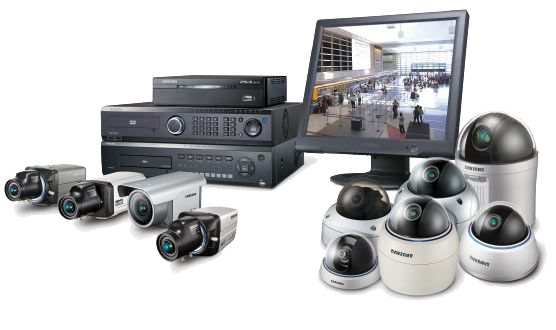 Keep intruders out. Our team design a bespoke intruder system to give you complete peace of mind. Contact us for more details and to see our range of alarms.

Access control systems cover anything from card and fob systems, digital keypads for doors to CCTV cameras and security monitoring. We provide a full range of services in association with Toptech Security.

Our onsite servicing is conducted by highly trained engineers in strict accordance with I.S. 291 2015. Allocation and installation of new extinguishing equipment is carried out in accordance with Irish Standard and insurance requirements.

All off site pressure testing, refilling and maintenance of fire extinguishing equipment is conducted by highly experienced and skilled service engineers.

For larger installations, we provide a numbering and cataloging service whereby all extinguishing appliances are numbered, recorded and an inventory is generated recording the appliance type, fire point location, condition and recent work carried out.